Reliving the Golden Age of Tea with Gold Leaf: A Review 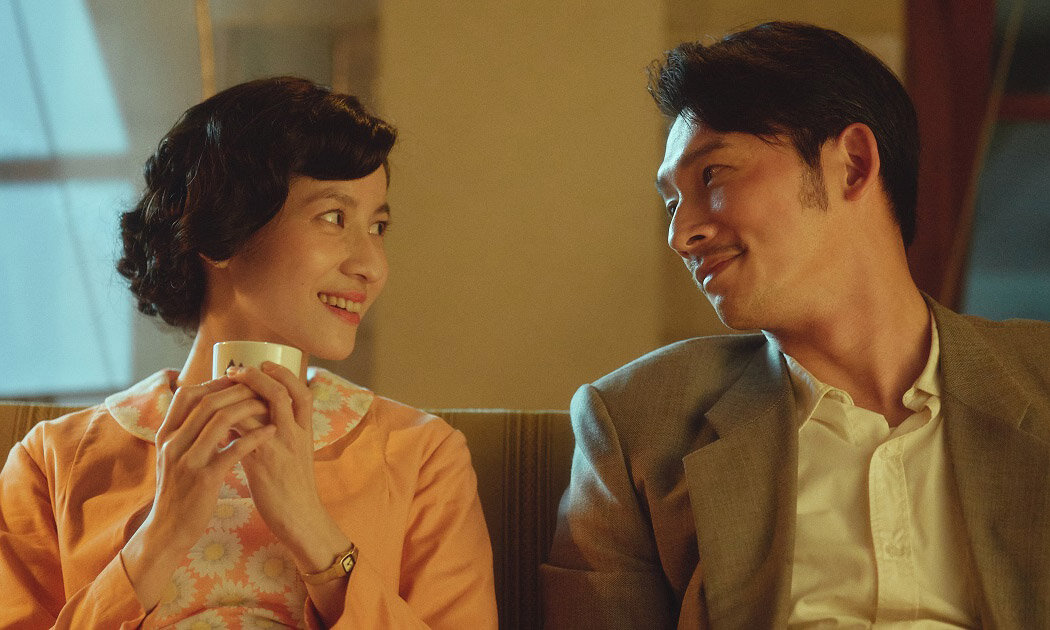 It might be hard to imagine a time when something other than money was recognised as a currency, but crude oil, salt and even tea leaves were once worth their weight in gold. Aptly named, Gold Leaf chronicles the rise and fall of a tea empire set in 1950’s Taiwan, and delves deep into the many facets the business is affected by political and personal events.

Inspired by real people and events, it centres on a surprising business prodigy - the young daughter of tea tycoon, Yixin (Cindy Lien) - as she helps her father, Fu-chi (Tzu-Chien Kuo) revive his ailing company. The 12-part series follows them through one of Taiwan’s tumultuous periods, as the New Taiwan Dollar is introduced as a measure by the United States to further democracy, but causing chaos and hyperinflation to its people.

While the premise is worth a look, it’s the no-expense-spared production that Golden Bell Best Director Chun-Yang Lin and his team created that really immerses one into the series. Grand and detailed set pieces merge with panoramic scenes for a breathtaking watch, and the era’s flavour is fully realised by the meticulous attention to iconic costumes and architecture of the times. Another thing that struck me was how authentic the storytelling felt. No doubt this was largely in part due to the use of Hailu Hakka for most of its dialogue, making this the first Taiwanese series to do so. The cross-cultural trades also mean Mandarin, Hokkien, English, Japanese, and Shanghainese crop up occasionally, but it is the distinctive Hakka dialect that roots every episode and interaction in authenticity. I’ve yet to see something that felt so oddly unfamiliar yet comfortable at the same time.

Viewers will quickly get a sense of what I’m talking about when they watch the first episode. It plunges us straight into the industry, establishing the family and the many personalities, from surly patriarch to naive driver boy. Director Lin parks small episodic vignettes that tell lots, quickly introducing us to the dynamics within the first 10 minutes. We clearly see that our leading lady Yixin, while winsome, is also frustrated by her inability to make an impact in a heavily-patriarchal society. At an ancestral prayer ritual her father is late for, she questions if she is not as suitable to honour the ancestors, only to be told having a foster son or son-in-law would be a better choice. Often at meetings, she is hushed by her father - to his detriment as he later finds out. And while this might just be a show of defiance, by the end of the episode, you’ll see that our protagonist has quite the acumen for business.

Equally interesting is Fu-chi, acted with aplomb by Kuo. Dubbed the prodigal son by his own father, his antics and behaviour can come across as being more than a little obnoxious. When asked by his driver boy if all the political changes will affect the business, he dismisses him by saying, “No matter how our life changes, we still need to eat rice and drink tea.” If anything, he has more than a few reasons to be proud. With his company Nikko Tea, he has Taiwan’s largest and latest equipment in his factories. In another scene, a staff member proclaims that Fu-Chi owns so large a tea farm that a “bird needs to take three days to fly across”. He even has a nickname - the “Tiger of Tea Business”. Thankfully, Lin teases out facets from this proud man to soften him considerably, helping us to evolve sympathy as he begins to meet his challenges. One of the most interesting dynamics from the first episode is the developing relationship between father and daughter. One can feel the strong undercurrent of affection, masked by the duties each must fulfil - or think they have to fulfil - in society’s eyes. It’s one of the plots that I would keep an eye out for as the story continues.

Worth mentioning is also James Wen. He plays KK, a war-seasoned man who returns to Taiwan after being prisoner-of-war to different factions. He is tasked with building infrastructure for “the new Taiwan”, and at the same time, appears to be looking for his long-lost daughter after he was captured in war. Wen puts out one of the strongest performances in the show. His strong charisma and complex delivery fully brings to life a battered man with a rich life story that’s just waiting to unfold. Maybe his depth comes from a very real source when he said in an interview that “his character KK can serve as the epitome of Taiwanese people’s identity confusion in the 1950s.” Adding another arc to the story, Wengui (Simon Hsueh) is the new potential son-in-law and heir to the Zhang family’s business. The business graduate is painfully shy and eager to make an impression, not just on Fu-Chi, but with Yixin as well. Will his book smarts make a difference when he is being tested for his mettle? We’ll have to watch to find out.

Gold Leaf’s biggest strength is how thoroughly designed and absorbing this production is, given a star-studded ensemble with moving individual performances, along with a richly realised feel through elaborate sets and accurate costuming. Unlike anything before it, the language delivery is really the icing on the cake that fully immerses one into this epic retelling of a family business as it rises again under the leadership of a businesswoman. So sit back, relax, and drink it all in.