Why Elton John’s Music is Made for the Movies What has not been said about Elton John?

Elton John, who loves Watford Football Club so much that he’s Honorary Life President. The club loved him back in 2014 with the opening of the Sir Elton John Stand.

Elton John, the man who champions for people living with HIV.

And Elton John, who not only can make music but also make a movie hit greater heights with his compositions.

From Lion King to Sing, Elton John's influence on films is significant and influential, almost like a crucial supporting character. We take a look at five such films. 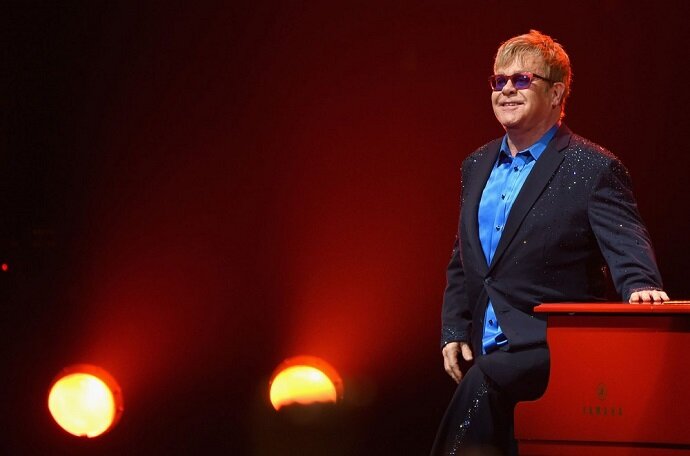 Songs featured: Circle of Life; Can You Feel the Love Tonight?; I Just Can’t Wait to Be King; Hakuna Matata

Lion King is the greatest Disney film of all time. Fight me.

Exhibit A: If this is not the most iconic opening of all time, i don’t know what is.

Exhibit B: Remember this sweet, tender moment when Nala reconnected with Simba after so many years?

Exhibit C: And this scene of the pubescent Simba bantering with Zazu about being a king.

That’s right, its greatness -- in no small parts -- is achieved with the help of John’s songs. In fact, two of his compositions were nominated for the 1995 Oscar Best Music: Original Song with The Circle of Life and Can You Feel the Love Tonight, the eventual winning song. Not sure about you, but in this writer’s humble opinion, Sing is a pretty enjoyable movie. Cute animals belting out radio-friendly hits, what’s not to like?

But the real stand out is the scene featuring an Elton John song, performed with gusto by an actor who will play John in a biopic a couple of years later.

What really sets this scene apart is Taron Egerton’s introversive Gorilla, Johnny, attaining a level of confidence he thought he never had.

Check out this audition tape of Taron Egerton putting on his best Elton John voice. It’s funny why there aren’t more movies that open with a song; scene and vibe could be quickly established and audiences could seek meaning in the song’s composition.

The Sidney Lumet crime drama details a “dog day” in Brooklyn, when a novice crook (Al Pacino) tries to rob a bank.

Notice the mention of Brooklyn -- it is a deliberate one, especially with the borough’s inhabitants and overall 70s Brooklyn vibe playing a big part in the storytelling.

Which makes the decision to use John’s Amoreena a masterstroke. Consider this verse:

And when it rains the rain falls down

Washing out the cattle town

And she's far away somewhere in her eiderdown

And she dreams of crystal streams

The song and the opening sequence of a place in flux -- a developing neighbourhood on the cusp of something huge albeit one that is moving too quickly while its occupants trying to catch up, kind of like puberty -- in tandem quickly establish the movie and steer the audience on the director’s intended narrative.

Included in Rolling Stone’s 30 Greatest Rock & Roll Movie Moments, this Almost Famous scene featuring John’s Tiny Dancer is really one to savour and ranks quite high on relatability, especially if you ever feel like an outsider sometimes.

In case you haven’t watched (no spoilers, don’t fret), the scene involves a budding journalist (the outsider) on the road with a rock band, whose charismatic leader has quite a low opinion of the said journalist. Initially tense, the mood changes as John’s Tiny Dancer plays on the radio, turning the scene into a big sing-along and improves relationships tremendously.

Of all the talk about his musical genius, it’s easy to forget that the flamboyant performer is, well, flamboyant.

Easily the most hilarious scene on this hardly exhaustive list, Elton John crashes the scene playing himself unabashedly singing his most famous song.

Anyway, you gotta see it to believe it.