With a few days left to go before release, Shazam! has already racked up plenty of stellar reviews. Coming off the heels of December’s Aquaman, it definitely feels like DC has figured things out and turned a corner. Now, let’s take a closer look at how Shazam! is poised to be a game-changer for DC Comics films. Ever wanted super powers as a kid? We’ve all been there. Heck, most of us probably still wish we had some super speed to get through what each day throws at us. Shazam! gets back to what the superhero genre is really excellent at: joyous kid wish fulfillment. Billy Batson (Asher Angel) is a teenage boy who receives powers from a wizard. When he shouts “Shazam!”, a lightning bolt hits him, transforming him into an adult beefcake (Zachary Levi) with the ability to throw lightning bolts, super strength, increased durability, flight and much more. Likewise, shouting the name again allows him to go back to his teenage disguise… should be fun watching Billy figure all that out! A Shazam! movie had actually been in the works since the early 2000s. Two crucial events happened during its development: The success of The Dark Knight coupled with the failure of Speed Racer, and the 2013 release of Man of Steel with the former, Warner Brothers put pressure on screenwriter John August to make the screenplay darker and more serious, while WB executives also felt Shazam was too similar to Superman. When it comes to these characters, we sure hope WB execs have learnt their lessons. A bright optimistic character like Superman doesn’t need to be made dark just to chase trends. Rather than trying to force a square peg into a round hole, embracing the character’s natural tone, whether light or dark, is a much preferable approach, and it looks like that’s what Warner Brothers and New Line Cinema have done here. In the comics, the Shazam Family has always been a thing. Who wouldn’t love to be able to have your friends and family get powers and assist you in crime fighting? While we have no idea if they’ll be introduced in the movie, we’re pretty certain it won’t be long before they do. Marvel’s Fantastic Four, considered the premiere family in comics, has always had their struggles in their big-screen outings. This could be DC’s chance to carve out their own niche little family-centred niche in the thick of things. It’s probably not a coincidence that DC’s recent successes have all been rather straightforward single hero origin stories. Although we all know the best superhero stories aren’t usually origin stories, the temptation to simply brush them aside and get to the “good stuff” has backfired quite badly for DC in the past. However, the “good stuff” is often a product of meticulous world-building. It’s rather important not to get ahead of schedule and start thinking of super-ambitious crossovers and team-ups when most of the compelling characters haven’t even been introduced or have had a successful solo outing yet. 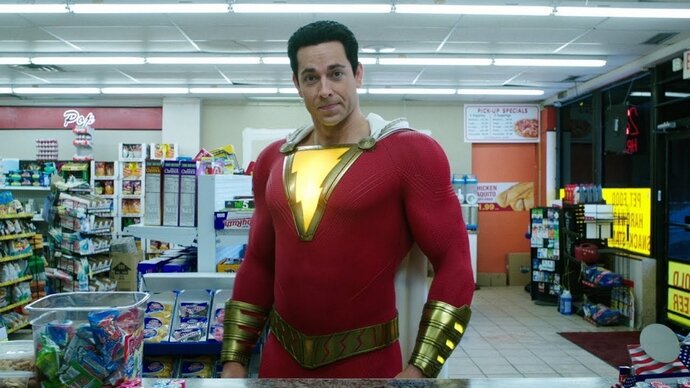 Take a look at DC’s worst efforts so far: Batman V Superman: Dawn of Justice, Suicide Squad, and Justice League have all suffered badly from trying to introduce too many new characters, concepts, and over-complicated plots at once. We’ve enjoyed spending time with the Amazons of Themyscira, the Atlanteans of Atlantis… hopefully we’ll do the same with the magic of the Rock of Eternity this time around.