Discover the Characters of Fantastic Beasts: The Crimes of Grindelwald It's been a long-awaited sequel to the 2016's Fantastic Beasts and Where to Find Them. The end of the first movie saw the Grindelwald being hauled away with a glint in his eye. 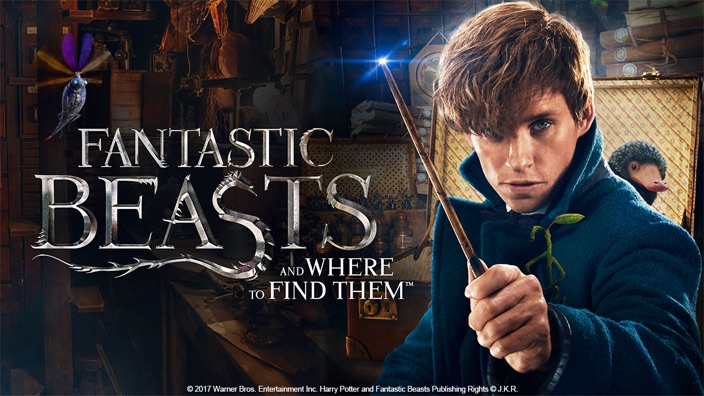 This sequel, he's coming back in full force as he escapes, and it's up to Newt Scamander and his friends to stop the dark wizard from unleashing havoc on the Muggle or No-Maj world. Let’s meet the beings in this sequel. 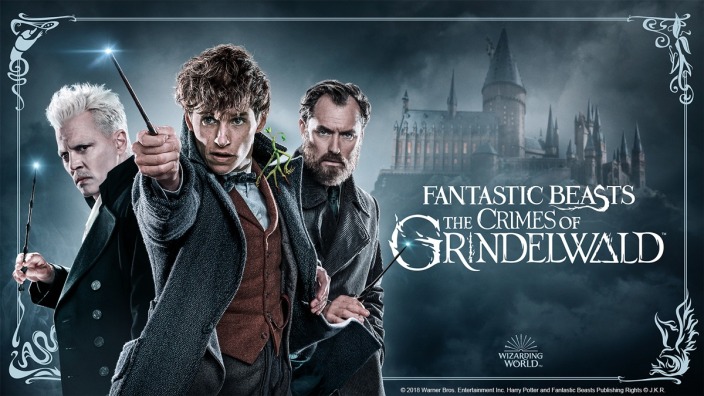 Newt is an employee with the British Ministry of Magic- in the Beasts Division of the Department for the Regulation and Control of Magical Creatures. He is also a magizoologist, which is a person who studies magical creatures.

Newt’s family are all into magizoology, and that influenced Newt to develop an interest in magical creatures at a young age. A graduate of the Hogwarts School of Witchcraft and Wizardry in the House of Hufflepuffs, he was taught by none other than Albus Dumbledore in the Defence Against the Dark Arts.

Newt was in New York in 1926, and was at the right place and time to stop a violent attack on the city by the dark wizard Gellert Grindelwald, and was credited for the capture of the Grindelwald, alongside Tina Goldstein, an American Witch. Tina is a young witch working for the MACUSA, or the Magical Congress of the United States of America. She is a half-blood. After graduating from the Ilvermorny School of Witchcraft and Wizardry, she became an Auror, a member of an elite unit of highly-trained, specialist officers within the Department of Magical Law Enforcement of the Ministry of Magic. However, she was demoted following an incident where she used magic to assault a No-Maj in front of witnesses.

She redeemed herself after bumping to Newt Scamander, and the pair, with some help, managed to apprehend the notorious Gellert Grindelwald. She was reinstated to her position as an Auror after that. Decades before he was the headmaster of the Hogwarts School of Witchcraft and Wizardry, Albus was known to be an influential and powerful wizard in the British Wizarding Community. He is revered for his academic excellence and in the timeline of The Crimes of Grindelwald, he works as the professor of Defence Against the Dark Arts at Hogwarts. He was once a friend of Grindelwald, although their relationship ended on a sour note following a tragic incident. He joined forces with Newt to stop Grindelwald from unleashing terror upon the world. Gellert Grindelwald is the wizard everyone runs away from. He is considered to be one of the most powerful wizards of all time, only to be surpassed by Tom Riddle. Grindelwald wants nothing more than to cause mass destruction, terror and chaos around the world. His mission is to eliminate the Muggles and start a Wizarding World Order, where only the wizards would live and rule the world. He spread terror in Europe and was finally captured in New York, thanks to Newt and Tina. However, as we can tell from the title of this sequel, Grindelwald did not stay captured for long, and yearns to reign supreme again. Will he succeed this time? Nagini is circus performer in a wizarding circus and freak show called Circus Arcanus. She is a Maledictus, which means she carries a blood curse that will eventually turn her into a beast permanently. In this case, Nagini turns into a snake, and she has not much control of her transformation. She is at the mercy of Skender, the owner of the circus. She befriends a circus worker, Credence Barebone and learns to control her transformative powers. However, we know Nagini’s fate in the Harry Potter movies, and it’s not one with a happy ending. She eventually became a snake permanently, and was a Horcrux of the dark lord, Voldemort. Credence’s real last name is actually LeStrange, and he belonged to an old, respected British pure-blood family. At some point, he was separated from his birth family and taken in by Mary-Lou Barebone. Mary Lou led a hardline anti-witchcraft group and raised him in New York with her two other adopted children, where he was violently abused. Credence is an Obscurial, a Wizard who developed a parasitical force known as an Obscurus due to the repression of his or her magic. The Obscurus is an energy that could manifest itself as a separate entity that can erupt in violent, destructive fury. This is exactly what happens when Credence felt betrayed. Leta was a one-time love of Newt and Credence’s half-sister. She got Newt into trouble when they were young students in Hogwarts, causing Newt to be an outcast in the wizarding world. She works at the British Ministry of Magic as assistant to Torquil Travers, the Head of the Magical Law Enforcement. Queenie is Tina’s younger sister, who worked alongside her in the Federal Wand Permit Bureau after Tina was demoted. She is a powerful natural Legilimens, which means she can extract feelings and memories from another person’s mind. Who can forget the endearing No-Maj veteran of World War I who just wanted to own a bakery? It was precisely that dream that led him to a chance meeting with Newt and the Goldstein sisters in the first Fantastic Beasts and Where to Find Them. He managed to help Newt and to repay his assistance, Kowalski fulfilled his dream of being a baker, and he got the girl too, and a bombshell at that. Kowalski and Queenie got together following the incidents of the first movie, even though his memory was wiped clean of any magic business.

Theseus is the older brother of Newt, and worked in the Auror Office of the Department of Magical Law Enforcement. He also fought in World War I and was a war hero. Theseus spent years hunting for Grindelwald with a team of British Aurors, but was always one step behind. He is also the fiancé of Leta Lestrong.