8 Facts in Celebration of The Fate of the Furious 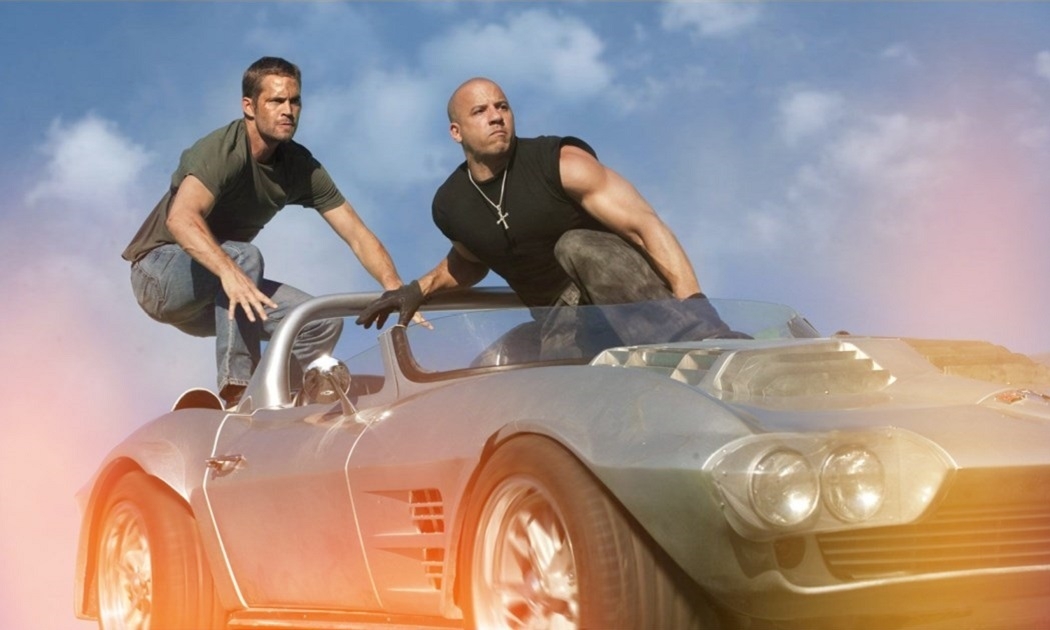 A young cop going undercover with a live-fast die-young gang that may or may not be involved in a series of robberies becomes attached to them, but eventually blows his cover and ends their relationship with a high-octane chase scene. Is this the plot of Point Break, or The Fast and the Furious? 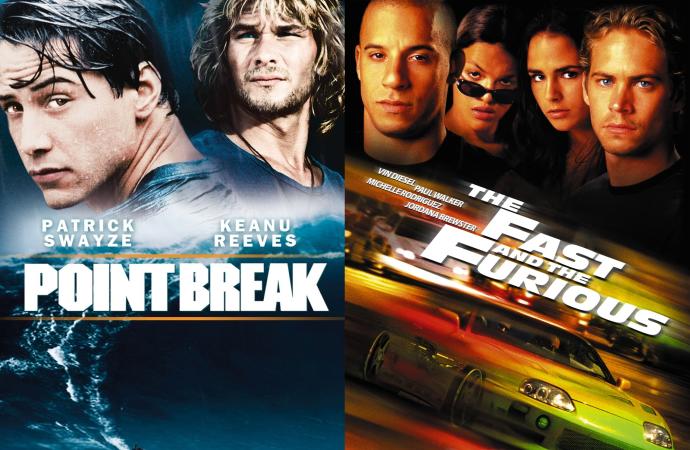 Who would have known that a modestly budgeted street racing crime film full of early 2000's aesthetic and music, with a plot strongly resembling the 1991 Keanu Reeves/Patrick Swayze action classic would go on to spawn one of the most popular blockbuster franchises? As the series marches into its eighth entry, let's look back at some interesting facts that made The Fast and the Furious franchise so enchanting. 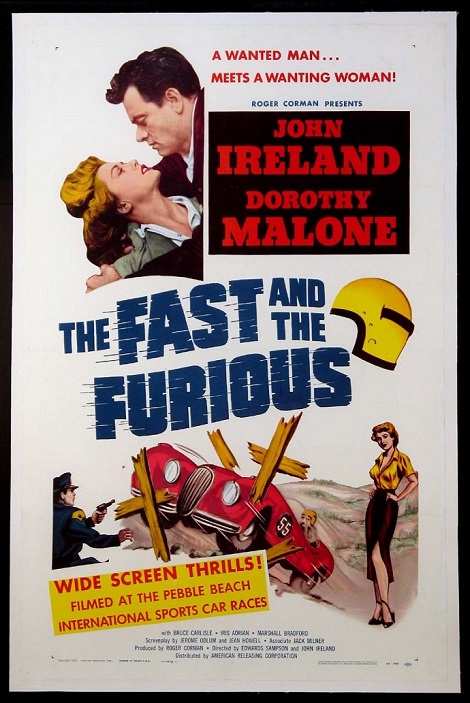 Roger Corman, legendary B-movie producer of films such as Death Race 2000, Piranha and Slumber Party Massacre, wrote and produced a film noir in 1955 called The Fast and the Furious. The story tells of a wrongfully accused man breaking out of jail and then driving a sports car in order to outrun the police and get to Mexico. The filmmakers of the 2001 The Fast and the Furious (working title Redline) bought the rights to reuse the title from Corman along with some stock footage owned by Universal Studios. Dom’s car of choice in The Fast and the Furious is a 1970 Dodge Charger. After having crashed by the end of the film, the car was moved to the set of Herbie Fully Loaded, serving as one of the derelict cars in the junk yard. It can be seen in the opening scene.

There were two versions of the 2 Fast 2 Furious script Vin Diesel is very choosy when it comes to sequels. Since the first movie had proven profitable, it was natural that the studio wanted Vin Diesel to return for a sequel. They wrote two scripts for 2 Fast 2 Furious, one featured Dom, Diesel's character, and the other didn't. It appears that Diesel was dissatisfied with the script since he was offered $25 million to return but still refused. Pitch Black was the first major film Vin Diesel starred in as the lead. He loved his space criminal character Riddick so much that when Universal asked him to make a cameo in Tokyo Drift, he asked the studio to relinquish the rights to the Riddick franchise and give them to him in exchange. He eventually made Riddick in 2013, even leasing his own house to fund the film. That’s passion. Spoiler ahead: Letty, played by Michelle Rodriguez, is presumably killed during Fast & Furious, the fourth movie. During a later interview, Michelle Rodriguez revealed that she didn't know that her character was still alive until she saw Fast Five in theatres. Rodriguez has had a tendency to portray a lot of tough character who die - Resident Evil (dies in 1, and twice more in 5), Avatar, Bloodrayne, and Lost. She was able to scrub Fast & Furious off that list and cement her status as a series mainstay.

Before Fast Five was made, Vin Diesel asked fans on Facebook for suggestions for the story. One of them expressed the idea of having Johnson as an antagonist. The filmmakers would eventually create the character Hobbs and got Johnson to sign on. This is how social network helped make a movie franchise stronger – in the old days, you had to write letters or something.

Furious 6 was supposed to be two movies In early development stages, Furious 6 was originally planned as two movies shot back-to-back, with the first called The Fast, and the second called The Furious, adding even more craziness to the franchise’s already baffling title logic. The tank scene was supposed to be the climax to The Fast, and the endless plane runway scene was the closer of The Furious. The eventual product is the condensed version of these two films.

Brian and Letty have only talked once in the entire franchise In a series that keeps reminding the audience of the importance of family, it’s hard to notice that two of the core characters have talked to each other just once. Brian (Paul Walker) and Letty's (Michelle Rodriguez) only direct interaction happens near the end of Furious 6, when Brian apologises to Letty for getting her involved with Braga, the villain of the fourth movie. The amnesiac Letty replies, "I may not remember anything, but I do know one thing: Nobody makes me do anything I don't want."