SING - Animating the Soul of Showbusiness 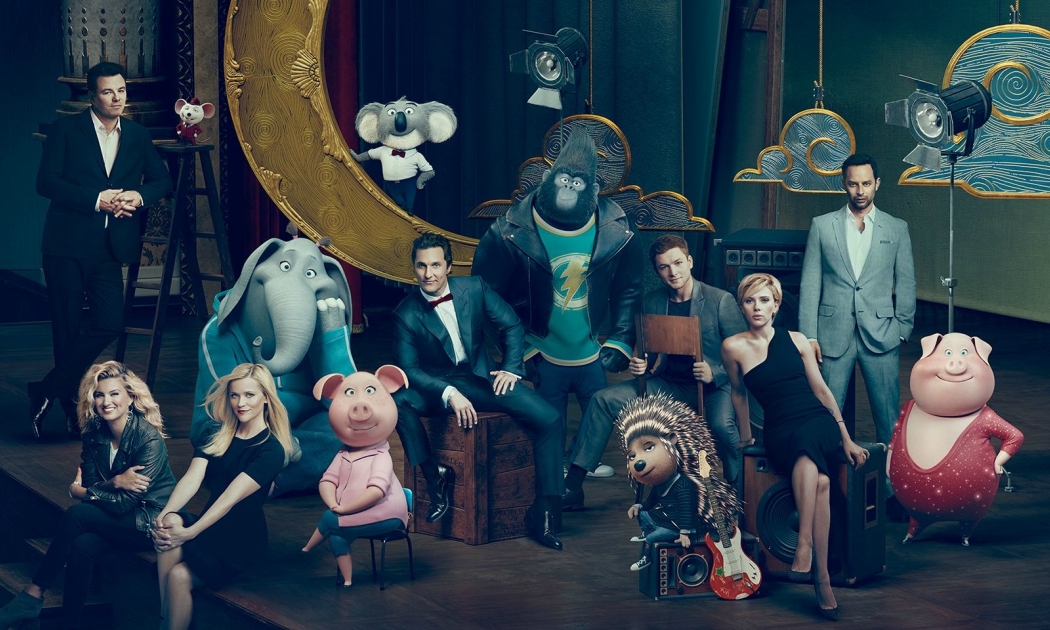 Sing starts off wonderfully and dazzlingly as we enter an old school theatre with its star beautifully serenading a completely mesmerised audience against a romantically moonlit backdrop. The camera pans onto the audience and up to the seats at the back where a little koala boy, Buster Moon, sits on his father’s lap with stars in his eyes. The setup is perfect. The grandeur of theatre and all its inspirational magic is put on a pedestal: the rest of the story is but a modern day pursuit in recreating this wonderful feeling. This animation gets it right, and why wouldn’t it? Sing was created by the same French animation studio, Illumination Entertainment, that gave us the Minions and The Secret Life of Pets. Buster Moon’s father worked his whole life to buy the theatre for him many years ago, but today, the business is struggling. In an attempt to save his theatre, Buster Moon comes up with the idea of holding a singing competition. We are treated to American Idolesque camera cuts as the first act walks us through the auditions and narrows our core contestants down. In the second act, the show seems to come together as each character struggles to make this show work, only to culminate in a massive crumbling of the theatre. In the final act, the magic saves us all and gives us a great show. It is a movie experience to enjoy, not to take too seriously. It helps that in this world many different anthropomorphized animals live together leading mundane lives. Some may fault the script for being predictable: I say it is a proper three-act script well executed; a simple story, which will uplift and entertain an optimistic audience.

We don’t always need philosophy in films. Sometimes, what we need is to be entertained and reminded of more innocent slices of life. As Moon would say, all you need to do is sing. All the film needs to do is show us people, in this case animals, singing and performing their hearts out. They do what they love and the solutions come. Sounds naïve when you read it, but Sing executes this message with three, well made secret ingredients: 1)    Living up to its name, Sing has some wonderfully arranged popular music from the likes of Stevie Wonder, The Beatles, Lady Gaga, Katy Perry and Taylor Swift.

2)    For a split second, I thought there were a bit too many characters, but Sing handles its motley crew of characters very well. Each and every one of the animals has a backstory and a struggle that is easy enough to identify and emphasise with. Each has a unique style to add to the talent show. I knew that the film had a big-name cast behind it, and while I did not immediately recognise the actors’ voices, I was certainly impressed with their singing! Here is the list of who plays what for easy reference: The koala who owns Moon Theatre, Buster is someone who dreams big dreams. His own father worked hard to fulfil his own dreams, and he spreads this spirit to others. So when his business faces financial trouble, he vows to save the inherited theatre by staging the world’s biggest singing competition. The teenage porcupine who is in a toxic relationship with her bandmate. Ash discovers her own voice and identity through the show. She is a rocker-pop chick. A pig, mother to 25 young piglets, and a great wife to her overworked husband. Rosita is lovable because she does whatever is necessary to pursue her own dreams while also taking care of her family like every supermom out there. She impresses with a captivating pop song and dance. A street-smart mouse, who busks and gambles and hustles for everything. He makes enemies when caught cheating at a game and needs to win the competition to save himself, and he does so by emulating Frank Sinatra. A painfully shy elephant with the biggest, most powerful, undiscovered voice. She ends up as Buster’s stage assistant until she finds it in herself to finally unleash and show her true talents. 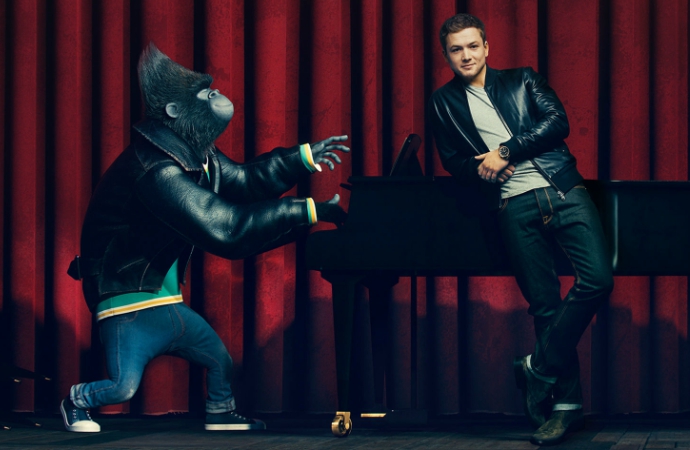 A sweet, boyish and British-accented gorilla, who usually spends his time assisting his father’s criminal gorilla gang. Like an Ed Shereen, he cowers over a piano and sings with sensitivity on his sleeves. 3) Top-notch animation covering every detail, not just in the performance scenes, but in all areas. The detailing of a traditional theatre backstage reminds me of the great Moulin Rouge with its red curtains and intricate wiring of props.

Sing is a show about show business with fleshed out, sympathetic and adorable characters that succeeds at showing us how artists and talented characters can come together, encourage each other and collaborate to fulfil all of their dreams. When they finally stage their kickass talent show, I felt, like the animated crowd, that they deserved a standing ovation for producing pure and uplifting entertainment!